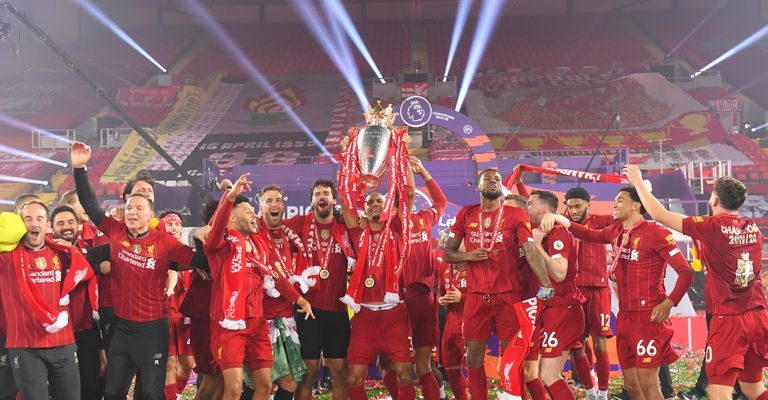 English Premier League 2021 is one of the most happening events that is awaited eagerly by all football fans. It is a high action site for betting lovers too. The bettors love to speculate the predictions of this tournament because of its unexpected nature. Though the tournament is largely ruled by 5-6 teams, still every position on the points table and the moves on the ground create betting opportunities. Who will win the English Premier League 2021? It is something that almost every speculator is asking now, given the fact that competition has entered its second phase.

Who will score maximum goals in the English Premier League 2021?

Though there are 585 players in the tournament, only a handful become the icons among the fans with their sheer brilliance. The teams who have strong forward and defense are most likely to with the English Premier League 2021. Some of the players who are contributing their best to help their teams hop to the top positions by scoring at least one goal per game are:

The other goal-scorers on the radar of bookmakers for the 2020-21 season are:

Which teams have dominated most of their matches in Premier League 2021 matches?

Manchester United: The team has scored 40 points so far. Of which, 3 matches resulted in no goal by the opponent. Also, wherever both teams scored, Man Utd won by a very high margin. Newcastle-Man Utd (1-4), Man Utd-Leeds (6-2) were the matches where the team led by 3 and 4 goals.

Manchester City: Manchester City scored has scored 38 points. In its 38 points, there were matches with teams scoring a goal each, or the other team could not score any goal. It is one of the teams that has dominated the matches mostly and never gave up. Though with a slow start marked by losing a match to Leicestershire by 2-5, the team emerged stronger and put the fiercest show with crushing Burnley by 5-0 in their home ground.

Leicester: The third position holder in the table is Leicester. It matches the number of points scored by Man City but has a lower goal difference. This team’s performance pattern has been a zig-zag one and has come as a surprise package in a few of its matches. Matches played against West Brom, Man City, West Ham, Leeds, Liverpool, and Brighton saw this team showing complete dominance on the scorecard with a goal difference of 3 or more.

Who will score maximum clean sheets in the English Premier League 2021?

Manchester City has the maximum clean sheets in the English Premier League 2021 so far. Ederson from this club has scored 10 clean sheets as per the latest records. He has continued his best game from the last season in the current season too.

Aston Villa is the second-best clean sheets scorer. This impressive record is helmed by Emiliano Martinez who stopped 8 goals from reaching his net and made things tough for the opponent.

Arsenal’s Bernd Leno stands in the third position. This German player did the magic with his skills and got his team 7 clean sheets. He is accompanied by Alex McCarthy (Southampton), Edouard Mendy (Chelsea), and Kasper Schmeichel (Leicester City) at the third slot.

Clean sheets are one of the most important statistics. It changes the goal difference for a team and pushes its position higher up in the table. So, the combination of clean sheets and the most goals scored is going to be the deciding factor in 2020-21 too and will give us the title owner of the current season on May 23, 2021.

Who will have maximum home wins and away wins in the English Premier League 2021?

The English Premier League sees many changes in the teams’ performances throughout the season. Just a few weeks of good performance can alter the fate of any team in the league. The biggest example is Manchester City winning the title by having just a few weeks in their favor. If the present trends are to be believed or continue till the end, the following teams will score maximum home and away wins in the tournament:

Leicester City is another team that has performed fabulously in away matches. It scored 7 wins against opponents like:

Which teams are the top runners for the English Premier League 2021 title?

Manchester United, Manchester City, Leicester City, and Liverpool are the top runners for the English Premier League 2021 title. These teams have emerged stronger on various aspects and have the potential of dominating the opponent completely. Another favorable aspect is a strong defending game and best-performing goalkeepers who have managed to have clean sheets in their performance records.

Manchester City: Riyad Mahrez scored a hat-trick while playing against Burnley. The result of this game was: 5-0. It was a home win for the Man City team. Total goals: 31

Leicester City: The team has scored 38 goals so far. It has won 12 games from 17 played so far. Kasper Schmeichel has scored 2 clean sheets for the team. Jamie Vardy has scored a hat-trick against Manchester City, leading the scoreboard to a 5-2 result.

Liverpool: Mohamed Salah scored the highest 13 goals. In these 13 goals, he has scored a hat-trick against Leeds United in the first match of the season on the home ground. The match ended 4-3. Alisson has scored 2 clean sheets, continuing its phenomenal performance from the last season when he entered the “Clean Sheets” club for the first time.

Which teams were promoted in English Premier League 2021?

The teams promoted in English Premier League 2021 are Leeds United, West Bromwich Albion, and Fulham. The performance of the promoted teams in this season looks like below:

Who will win the English Premier League 2021? This question is looming over all the football lovers’ and speculators’ minds. The teams topping the list have scored 40,38,38 and 34 points respectively so far. And, if the present trend continues, we will get the title owner from one of these teams, which are – Manchester United, Manchester City, Leicester City, and Liverpool. The teams promoted could not do much impressive so far, and of these, Fulham and West Brom are still fearing relegation.