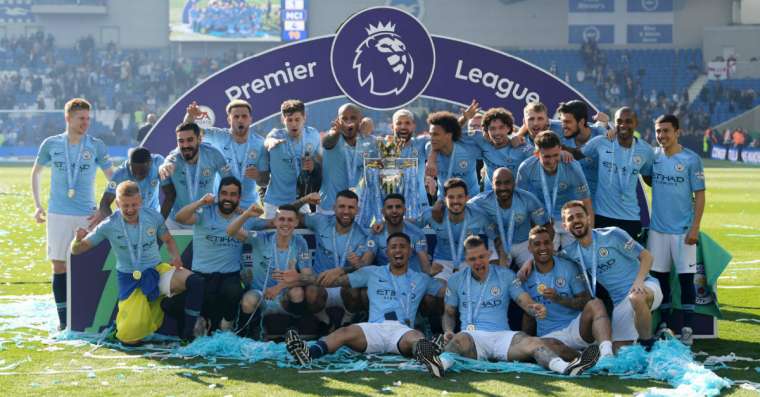 English premier league started in August 2019 and ended in July 2020. It was the test of organization and re-organization skills of the English Premier League officials as the season had a pandemic, a storm, and adjustments to new normals to deal with.

Amidst all this chaos, Liverpool brought smiles to their fans’ faces by winning the coveted title. It was Liverpool’s first win in the league since 1990. Manchester City was defending champions for the second time this season.

Listed here are a few most frequently asked questions related to achievers of the English Premier League 2019.

Who won the biggest home win in English Premier League 2019?

English Premier League 2019 had a tight schedule. Many games were postponed and were played behind closed doors too. This change did have a noticeable change in the performances, and many matches resulted in a high number of goals.

The team that scored the biggest home win in this tournament was Manchester City. Sky Blues crushed Watford in clean sweep game by 8-0 at Etihad Stadium.

Also, the away win in this season of Premier League was even grander than this 8-0 win. The Leicester City beat Southampton in their own home ground by 0-9.

Experts reveal that ‘behind the closed doors’ games worked in the visiting teams’ favor and there was a 12% rise in their performance of teams on away grounds this season. (Source: Reuters)

Who were the top goal scorers of English Premier League 2019?

He was joined in the top goal scorers’ table by the following players:

There were two players from the Liverpool team which can rightly be called the contributors to Liverpool’s win as they together increased the team’s goal count by 37. However, none of Liverpool’s players could score a hattrick.

Which team had the longest winning run in English Premier League 2019?

Liverpool wrote a history for the self by winning English Premier League 2019. The club scored its first win in the 30 years spent in Premier League. It also had the longest winning run of 18 matches. The team was a star performer in the previous season too. It lost the title to Manchester City by a single point in the 2018 Premier League.

Outside the Premier League, the club has a fabulous year and since its last defeat, it remained unbeaten for 37 games.

The club knocked out 89 goals in their winning run. All these wins placed it comfortably point-wise in the points table from the very start of the season.

Who are the ‘Big Sevens’ that Liverpool defeated in the 2019 season?

English Premier League sees the dominance of a select group of teams only most of the time. The present decade belongs to the ‘Big Seven’ who are – Manchester City, Man Utd, Arsenal, Chelsea, Tottenham, Leicester, and Blackburn Rovers. The Liverpool club waded into these Big Sevens and won itself a series of wins to become a strong contender for the 2019 Premier League Title.

Liverpool qualified for the title only in 31 games. The entitlement came while having 7 fixtures to go. It was a record-breaking moment as the previous early winners Everton, Manchester United and Manchester City had five fixtures in hand in the past.

What are the various records that Liverpool broke with its win in English Premier League 2019?

Liverpool held the title after a long but patient wait of 30 years. And, sure did they do it in style! Here is a list of records that they broke alongside winning the title:

The club has some of the finest goals to its players’ credit. Mohamed Salah scored the highest 17 goals in the league and was instrumental in putting the team in a comfortable position.

Which are the top 6 late goals smashed by Liverpool this season?

Liverpool is known for shocking the opponent in the final hours of their game. It has almost become a theme of the club to finish it in style, at the times when only draw is in the minds of the spectators. Here are some of the goals that were scored by Liverpool in the last few minutes:

Whether it is luck, or talent, or a well-thought strategy, Liverpool has got the way to trick the opponents by saving their best game for the last, undoubtedly!

Liverpool is one of the most promising clubs in the 2010-2020 decade. It tasted its first success in the 2019 tournament of English Premier and made it special in all possible ways. The team comes out to the opponents totally unbeatable, and whether it is away or home, they are the ones to watch for. The team is undoubtedly the most consistent one with one of the longest winning runs scored in the 2019 edition of the English Premier League.