The tournament started in 1992 and is one of the highest money-spinner events in sports.

In every season, twenty teams compete of which seventeen are from previous seasons and three are promoted from the second-tier tournament, known as ‘Championship’.

Let’s take a look at important statistics and interesting facts about all the seasons played so far.

1992-93 was the inaugural season of the Premier League, which was formed after breaking away from The Football Association.

The structure of this newly-formed Premier League was identical to the original Football League. In the new format also, 22 teams played against each other twice, which made a total of 42 matches.

Manchester United continued their feat and crushed the opponents to win the title again this season. It also broke its record of

scoring the most points in a single season. They had done the same in the 1992-93 season too.

Carling Breweries were the main sponsor of this season.

Roy Keane emerged as the most expensive player who was sealed by Manchester United at the price tag of £3.75 million. Flowers was the priciest goalkeeper who bagged a contract worth £2.5 million.

Swindon Town, Oldham Athletic, Sheffield United were the relegated teams of this season.

Several managerial changes took place as a result of sacking and moving to better deals by the managers.

Andy Cole was the highest goal scorer with 34 goals to his credit this season.

What were the top news-making incidents of 1994-95 FA Premier League Season? 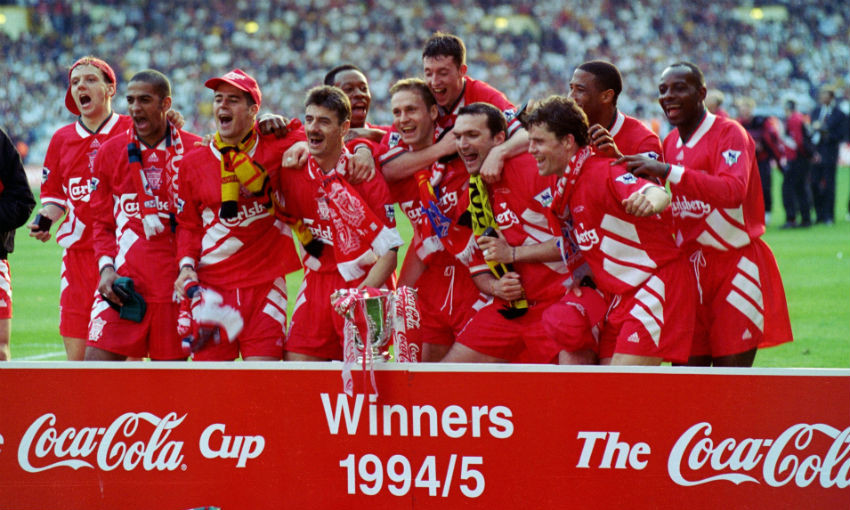 Blackburn Rovers toppled the game of Manchester United and won its biggest title in 67 years by winning this season.

It was the last season when 22 teams were included. Following year, the teams reduced to 20, as relegations increased to four.

Nottingham Forest scored 13 consecutive wins which was the longest unbeaten run of this season. Manchester United registered the biggest home win by a 9-0 score.

This season remained in news for some wrong seasons too. While Eric Cortana from Manchester United assaulted a Crystal Palace fan and got arrested, Dennise Wise from Chelsea got into a fight with a taxi driver. In another case, Crystal Palace player Chris Armstrong failed a drug test, whereas Arsenal Midfielder Paul Merson had to undergo a drug rehab program for his addiction to cocaine.

What were the various high and low points of the 1995-96 Premier League Season?

Since the Premier League used to act as a preparation premise for European Competition, the lack of performance of the 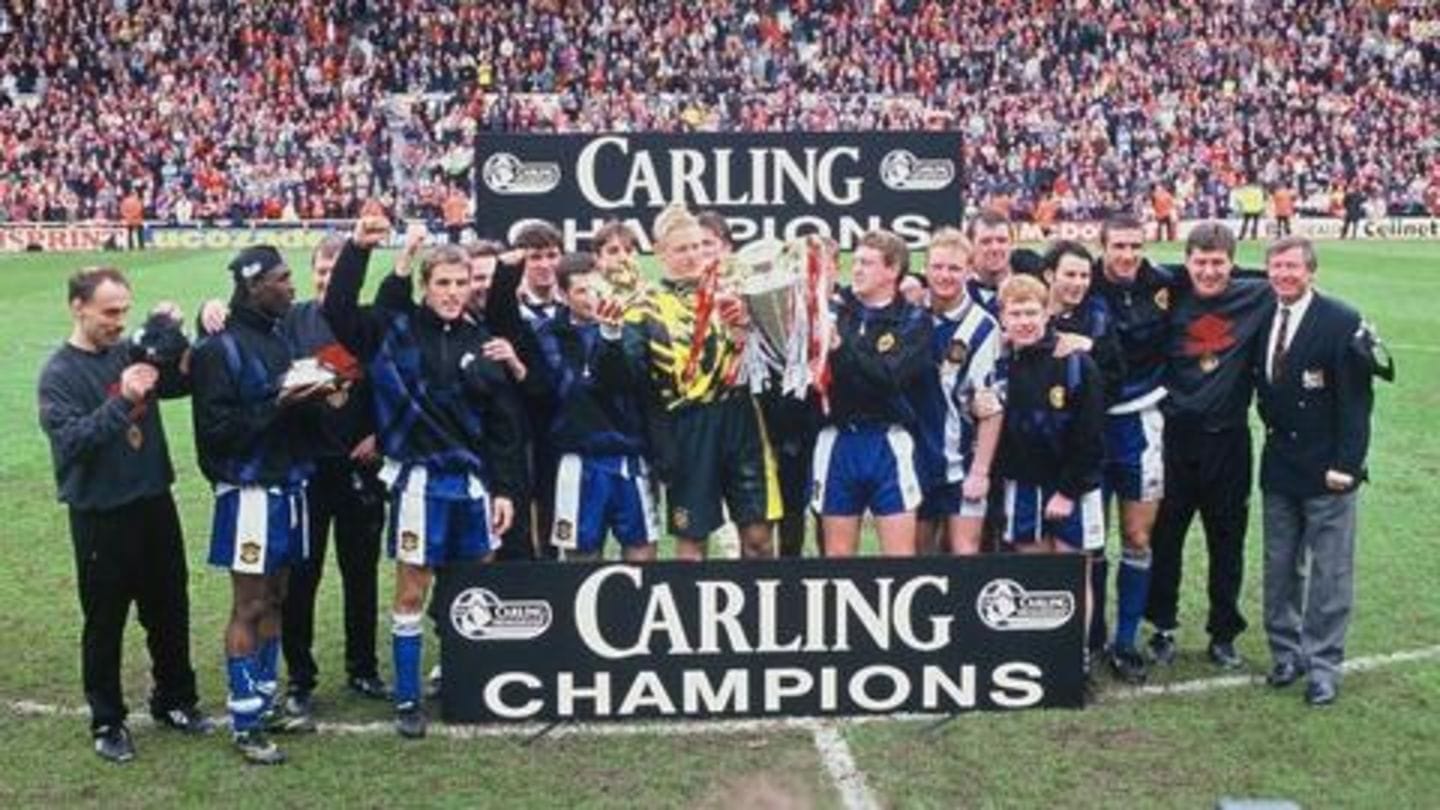 qualifying teams hit the morale of English Football in this season. Of the selected teams, only Nottingham Forest could reach the quarter-finals of the UEFA Cup; the rest of all teams were knocked out in the first or second round in their respective competitions. These were the low points of this season.

What was different about the 1996-97 season of Premier League? 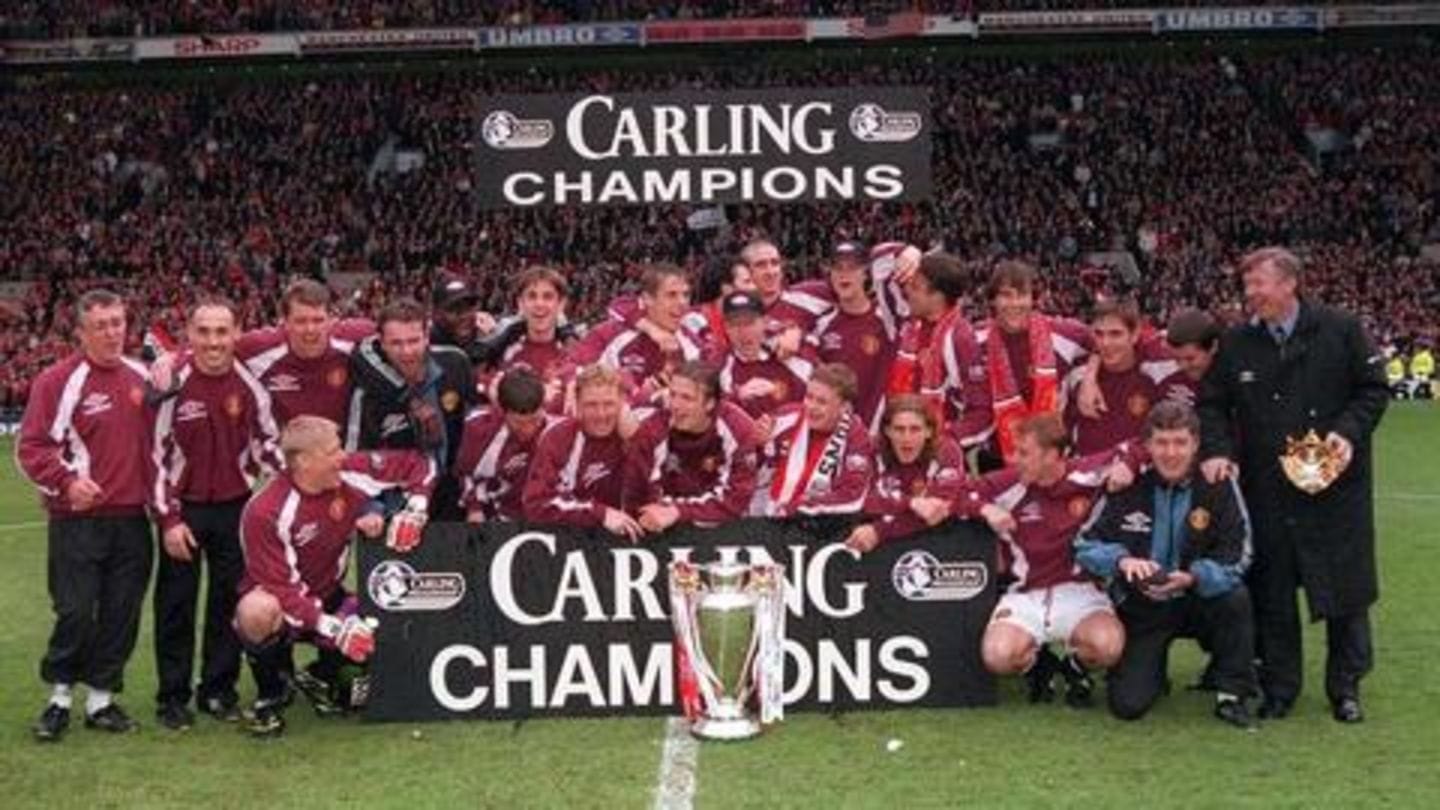 This season was a bit monotonous, with only Manchester United putting forth their best game and crushing other teams. Most of the one-sided matches were responsible for fading excitement about this tournament.

Middlesbrough took a controversial decision by postponing a fixture at Blackburn Rovers, which they attributed to 23 unfit players. This decision cost them three points and led to their relegation along with Sunderland and Nottingham Forest.

This season was the first in Premier League for Sunderland and Derby County teams.

What were the various firsts of the 1997-98 Premier League? 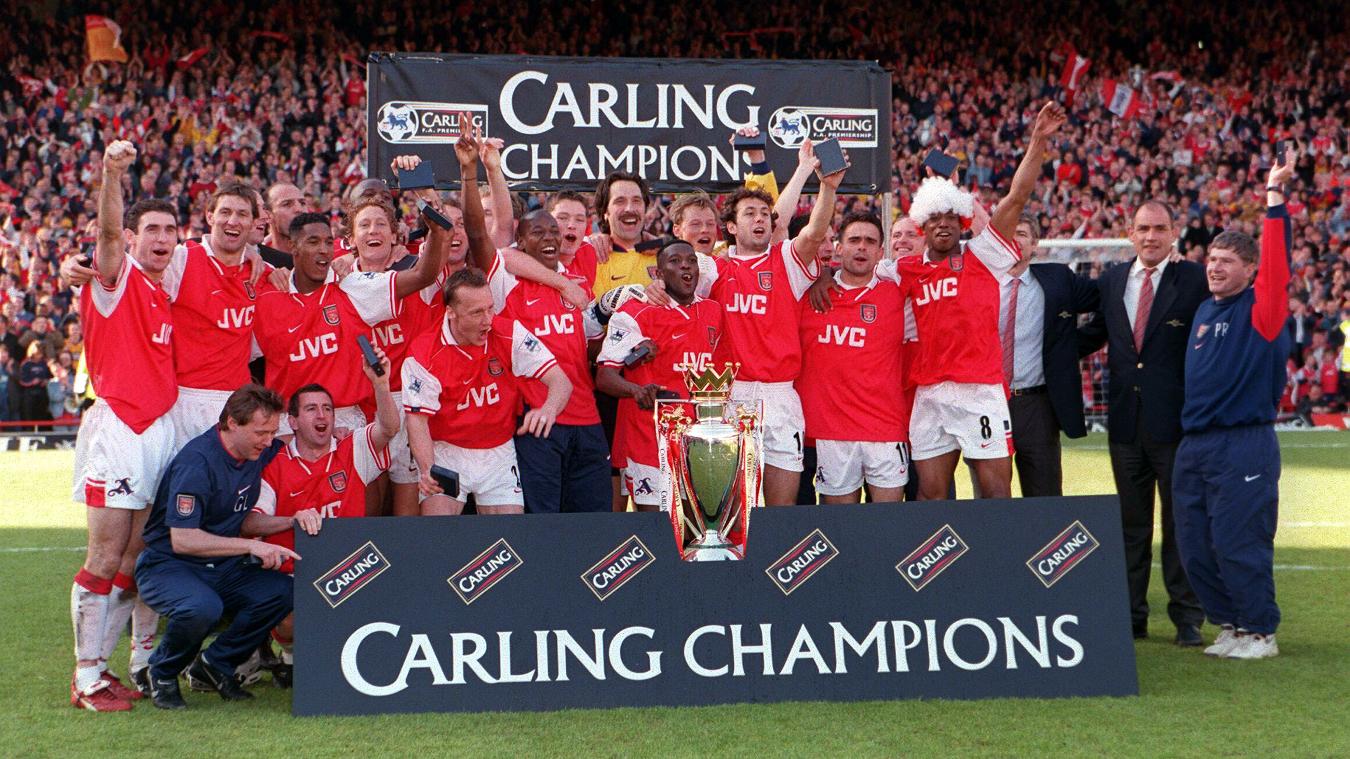 This league was named FA Carling Premiership owing to sponsorship credits. Though it was the sixth season, the team Arsenal recorded its first title win since the league’s foundation.

French Manager Arsene Wenger managed Arsenals for the first time for this whole season. Being French, he was the first manager of non-English origin to have won a league title in an English League.

Barnsley’s team was promoted for the first time in this season.

What are the memorable facts about the 1998-99 Premier League?

The season 1998-99 formed the 100th season of top-tier English football. Only four teams out of the ones present in the original 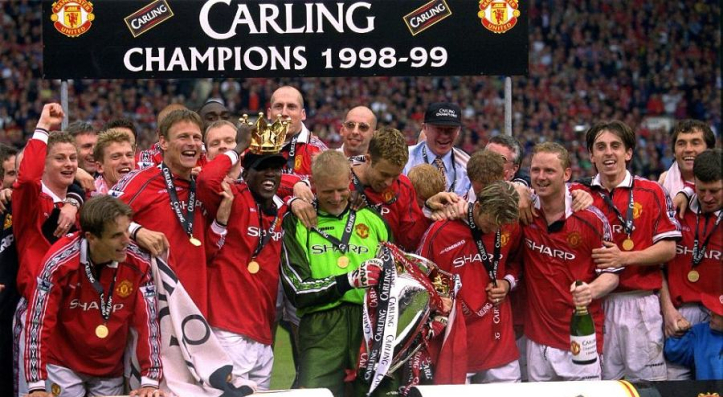 Manchester United saw the leaving of many old players and the club bought Jasper Blomqvist, Dwight Yorke, and Jaap Stam to infuse new energy into the club.

Manchester United win this season again, and it was the club’s fifth win. While Nottingham Forest, Blackburn Rovers, and Charlton Athletic suffered relegation, Middlesbrough retained the promotion and landed at the ninth spot.

The decade of 2000 saw a peculiarity in the winning pattern of clubs. Only four clubs – Arsenal, Manchester United, Chelsea, and Liverpool maintained their hold on the top four positions during all the seasons in this decade. In five of the six seasons of this decade, these top four clubs qualified for European Competition from 2003-2004 to 2008-2009.

This undisputed position of the top four led experts to opine that the league is becoming boring though the largest in the world.

The Top Four Dominance of 200s was broken by Tottenham Hotspur and Manchester City in the 2010 decade. Tottenham

Looking for a sure win English Premier League Predictions?

Manchester City became the first team outside the Top Four to win the title in the 2011-2012 season. The top four teams landed in lower than fourth position five times after the 2011-12 season. Also, in the 2016-2017 season, Arsenal broke the 20, consecutive top-four finishes’ record and came 5th.

Was the 2019-2020 Premier League too affected by the Coronavirus pandemic? 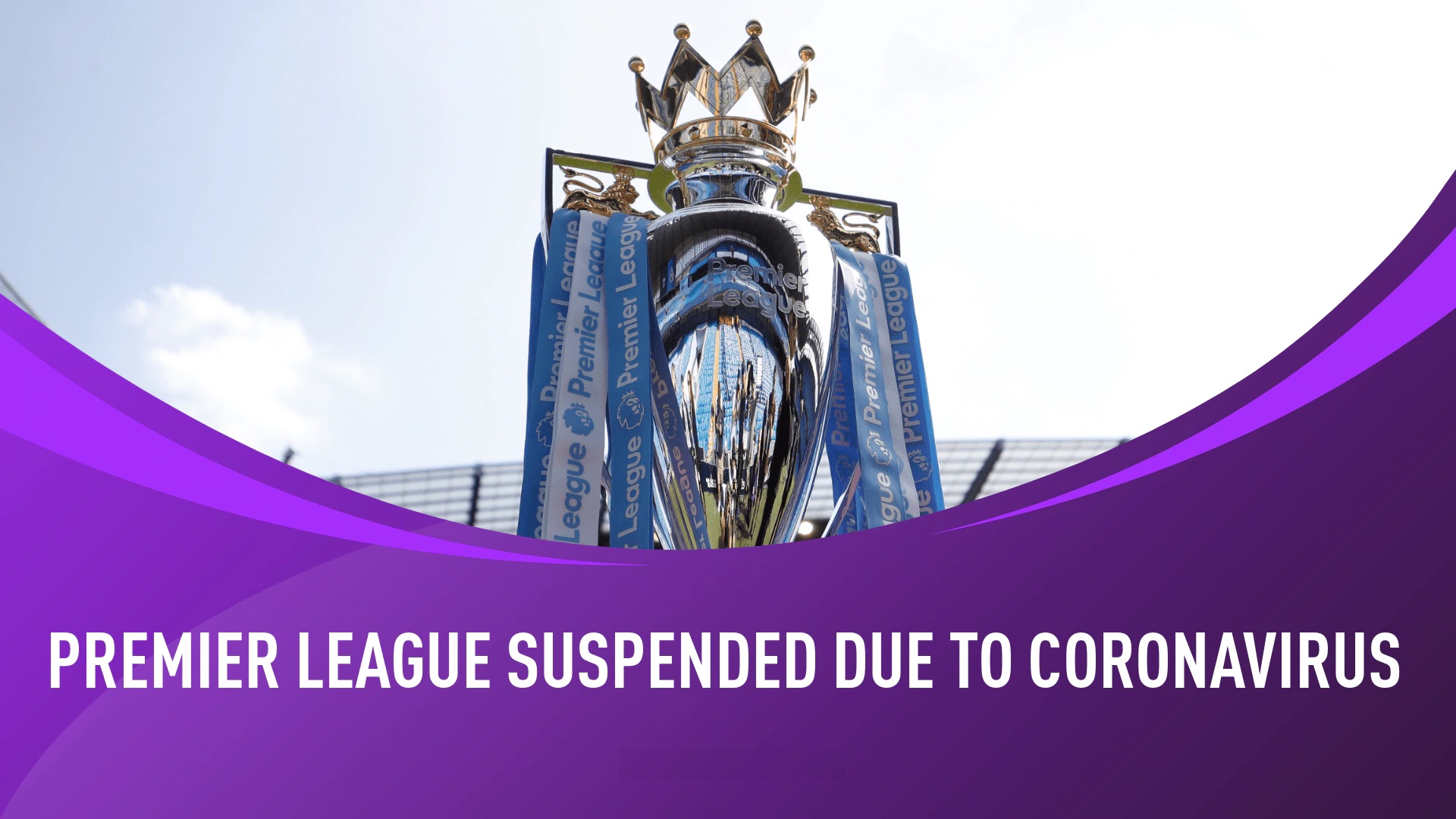 2019-2020 Premier League season was halted for three months from 17th March to 17th June 2020. It restarted on 19-22 June. Liverpool won the league and also made a record of scoring the earliest win, with seven games remaining.

This season saw the introduction of the video assistant referee system and the laws on penalties, backpasses, handballs, and substitutions, too, changed in this season.

2020-2021 season has commenced on 12th September and will end on 23rd May 2021. Due to the pandemic, many matches of 2019-2020 were played behind closed doors. This affected audience strength and for the whole season only 28000 total attendance was recorded.

The Premier League has seen many ups and downs since its launch. After making a solid start, the league could not control being monotonous and predictable. The performance at Premier League was just a qualifying ticker to European competition. The English teams did their best and won the European competitions assigned to them, but in some years, the performance was not up to the mark.

The league did get affected by the Coronavirus pandemic in 2020 and was resumed in June end, last year after a halt of three months.