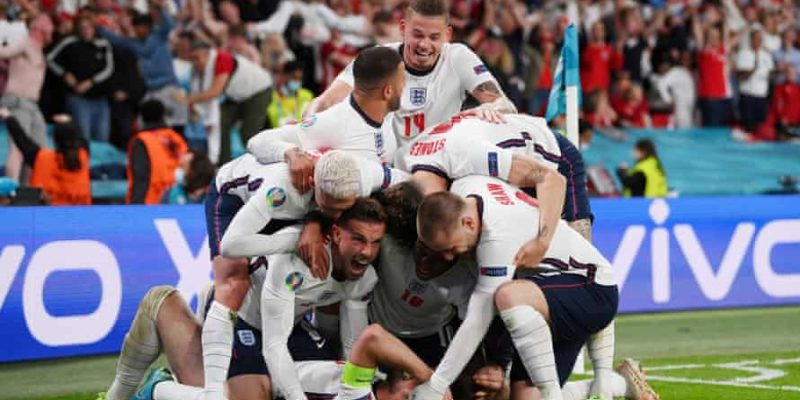 English Premier League started in 1992. Liverpool is one of the teams that were always present in the competition since its inception.

Though present always, it was only after 2000 that the team started tasting success in English Premier League. And, the season 2019-2020 saw them holding the coveted title after a dry run of 30 years. It is their first and the most recent one in the Premier League.

Liverpool is one of the most successful football clubs. Its win is unique and an affair worth talking about because of various records their performance broke.

Let’s investigate their last success more deeply with some questions that loom over the minds of every football fan.

How many matches did Liverpool win in the season when they held the title?

Liverpool won 32 matches, the highest to date in the English Premier League’s history, in the 2019-2020 season.

The season was interrupted for about two and a half months from April to June.

But, there was nothing to worry about for the Reds. They were already comfortably placed in the points table.

It led them to win the title at the earliest, means while seven matches remaining to play. They beat the record of the earliest win when the team won with five matches in hand.

Not only this, Liverpool scored the highest number of home wins, 18 in total, and they also scored the longest winning run or consecutive wins, a total of 18.

Their unbeaten run was another glory that constituted 44 runs, the second-best in the EPL‘s record.

Who is the attacking trio of Liverpool?

Liverpool has a unique attacking style. The team is known for scoring the latest goals that change the game’s course completely.

Liverpool has its own style of attack, so unique that their fans call it ‘Liverpool Way.’ Their coach Klopp is an ardent fan of gegenpressing, the pressing style of football where the players push the ball high up the pitch, giving no chance to opponents to dominate.

This strategy has become a success for them due to its efficient helming by the attacking trio of the team. This trio comprises Sanio Mane, Robert Firmino, and Mohammad Salah. The best part of the game of this trio is that they put game and success before everything, and demonstrate true teamwork.

Who did Liverpool defeat in their last match to claim the title?

The last match of the 2019-20 season for Liverpool was a historical head-to-head between New Castle and Liverpool.

A very few things were in favor of Liverpool in this match. But, they had less to worry about, since they had already become the title’s rightful winners about seven matches earlier.

The team visited Newcastle and was away team. Liverpool, as their record goes, is not too strong in their away matches. However, this season was different. They scored a respectable number of wins in the away matches too, one of which was this final played on July 26, 2020.

The team became assured of winning their title when Chelsea beat Manchester City by 2-1 and stopped the latter from defending the title just by a point.

Newcastle was stopped at 1 goal and the visiting team, the new title winners Liverpool scored 3 goals. This win netted 99 points for Liverpool which was their highest total in this tournament.

Who were the strongest opponents of Liverpool in the 2019-20 season?

Liverpool remained unbeaten for the third straight year on their home ground in the season 2019-20. They cruised to the top while crushing other teams, displaying one of their finest performances in the league.

Since every team plays with one another in the league, there are some one-sided as well as nail-biting matches. The beauty of Liverpool matches is that it drains the opponent completely first and then slaps a goal a few minutes before the end. It makes every match worth watching till the last second.

Here are a few head-on moments that Liverpool turned to their side in the season 2019-20:

The strongest opponents of Liverpool in the 2019-2020 season were:

Who were the weakest opponents of Liverpool in the 2019-2020 Premier League?

Weakest teams that could not Withstand the Liverpool wave are:

Who were the top goal scorers of the Liverpool team in the 2019-20 season?

The historical triumph of Liverpool saw some of the classiest display of talent and sheer persistence in 2019-20. The best goal scorers for the team were:

Braces mean that the footballer scored 2 goals in a game.

All Liverpool players did great jobs. There were some fabulous passes, shots, and impressive goals that will remain etched in any fan’s mind for years.

What are the interesting facts about Liverpool’s 2019-20 appearance?

Liverpool celebrated the 128th season in first-class Football since the club was formed.

They entered the campaign with new confidence as they emerged as Champions of Europe.

It was their first top-flight win after the league was formed.

The highest appearances were made by Andy Robertson and he justified his place by netting 2 goals for the team.

The team did exceptionally well in away matches and broke the jinx of being an away loser by scoring the highest away wins. They remained unbeaten at home and won 18 matches at Anfield.

Liverpool got its due in Premier League 2019-20 finally. The club amassed not only points and goals but a lot of respect for their control and conviction on the turf. They broke several Premier League records and made it a memorable end to their dry run in the competition. The team showed its best game throughout the 2019-20 English Football. Its consistent performance saw a breakthrough after the 2000s and this season can be called the colorful end of the awesome decade that Liverpool started on a positive note.