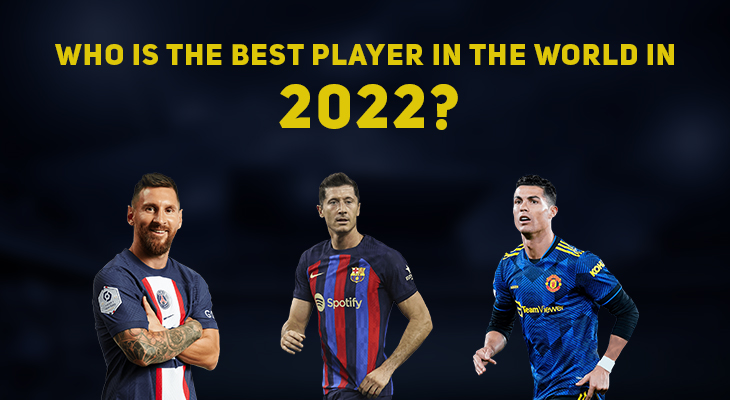 Soccer, also known as football in many countries, is a universal sport and it goes beyond race, language, age, or gender. It is one sport that is played most consistently across the globe each year. Soccer is not practiced or dominated by one particular country and thus millions of people are actively involved with it. In this game, agility and speed matter rather than the size of the player. A player with touch, control, and sheer technique can win the game and get applause from fans.

The FIFA World Cup is the world’s most widely viewed sports event and around 715 million people watched the 2006 final match in Germany. Besides, the 2010 South Africa event was broadcast to 204 countries on 245 different channels and was viewed by millions. Whether it is Pele, Di Stefano, Garrincha, Puskas in the 1950s, Maradona in the 1980s, or Zinedine Zidane, Ronaldinho, Lionel Messi, and Cristiano Ronaldo in the last 20 years, we have been privileged to eyewitness some of the world’s best football players with excellent skills and tactics. Moreover, there are new names coming to the top of the list, and are considered the future of soccer. Let’s look at the list of the best soccer players to be held in 2022 in various countries of the world.

Born on 21st August 1988, Robert Lewandowski is a Polish footballer who plays as a striker for Bundesliga club Bayern Munich. He is the captain of the Poland national team. Robert is recognized for his positioning, technique, and finishing, and thus considered one of the best strikers of all time and one of the most successful players in Bundesliga history. In the year 2022, he received IFFHS World’s Best Top Goal Scorer Award. This year, he won the Best FIFA Men’s Player Award and the UEFA Men’s Player of the Year Award. His positioning is always on point and there is no one you would rather trust when it comes to a one-on-one situation. Being the best striker of all time, Robert has scored 500 senior career goals for club and country.

Robert Lewandowski has an enormous fan following on social media. Robert has more than 20 million followers on Instagram. Besides, he also has 1.6 million Twitter followers and more than 22 million Facebook followers. Every year, he is getting better and more efficient in the game. His stats are incredible as he finished the 2019/20 season with 55 goals in 47 games for Bayern Munich and became the second player in history to win a blitzing race in all three competitions after Johan Cruyff.

Lionel Andres Messi, also known as Leo Messi, an Argentine professional footballer, was born on 24th June 1987. He plays as a forward for Ligue 1 Club Paris Saint-Germain. Besides, he captains the Argentina national team. Messi has won a record seven Ballon d’Or awards and a record six European Golden Shoes. In the year 2020, he was named to the Ballon d’Or Dream Team.

The craze of Messi among the fans is invincible because he has never failed to show why he is known as the best in the world of football. He made history in Barcelona and will continue to do that in the future. He has won many prestigious awards.

There is no doubt about it that Messi will go down in history among the best football players of all time, alongside the late Diego Maradona, but we are still witnessing the best version of Messi. He has a quiet personality and most of the fans love him because of his decent lifestyle. He has a massive fan following worldwide. He has around 160 million followers on Instagram and 90.5 million on Facebook. His way of playmaking, quality of passing, finishing, and scoring capacity are a joy to watch.

Born and raised in Madeira, Cristiano Ronaldo dos Santos Aveiro is a Protuguese professional footballer. He was born on 5th February 1985 and plays as a forward for Premier League Club Manchester United and captains the Portugal national team. Ronaldo has won 5 Ballon d’Or awards and 4 European Golden Shoes. He has also won 32 trophies in his career, comprising seven League titles, five UEFA Champions Leagues, one UEFA European Championship, and one UEFA Nations League.

Cristiano Ronaldo is one of those players who believe in hard work and being the best on the pitch or off the pitch. He is a combination of captivating pace, impressive physic, extremely quick in feet, and one of the best finishers to the spectator’s expectation. He is one of the few players who have made over 1100 professional career appearances and has scored more than 800 official senior career goals for the club and country.

His craziest fan following proves he got fans from different age groups. He has 122 million followers on Facebook, 241 million on Instagram, and more than 87 on Twitter. And why not, he is a dashing, handsome, and most successful player in the world. He has fanatical fans around the world who are crazy to see him only once in their lifetime. Football lovers just follow what he says or does and thus he deserves a spot on the list of the top 3 popular soccer players in the world.

Sports are practically as old as human civilization. With an estimated following of 4 billion fans, football is played all over the world but is particularly popular in Europe, Central & South America, and Africa. With plenty of stars on display and literally the whole world watching the sport, the World Cup will once again prove every time that football is the most popular sport in the world. To choose the top-most players, trophies, strength of leagues, raw stats, unquantifiable magic, and a host of other aspects are kept in mind. Still, every football player has their own fan base for their unique style. So, look out for the schedule of soccer tournaments to be held this year to watch your favorite player perform to the best caliber.