English Premier League is the top-flight competition of English football. This league was formed in 1992 after breaking away from the Football Association to restructure English football, to plan to sign big deals with TVs, and also to improve talent recognition, acquisition, and management. The league offers all the right conditions for the football talents from various parts of the world to nurture and brings them the much-coveted fame along with lots of money.

Discussed here are some of the players who made it to the top among the best performers’ list of English Premier League 2021.

Who is the best goal scorer of English Premier League 2021?

Mohammed Salah ruled the turf in English Premier League 2020-21. He has played 17 matches so far. In these 17 matches, he has scored 13 goals, hitting an average of 0.76 goals per game.

He kept remarkable control over the ball for most of the instances in the matches where he made an appearance. That reflected in about 525 completed passes with an average of 30.88 per game.  With sheer tactic and practice, he managed to recover balls 42 times, scoring an average of 2.47 per game. He made the team’s position stronger in the match by winning fouls about 12 times.

Mohammed Salah showed exceptional discipline and self-control in all the matches played by him and was not given any card in these matches.

Which player got the maximum shots at goal in English Premier League 2021?

Harry Kane, an English Footballer, and forward player from the Tottenham Hotspur club played 18 games in the 2021 edition. In these games, he scored 12 goals. With 319 instances of completed passes and 48 recovered balls, he did a great deal of work for his team.

Total shots at goal for this accomplished footballer are 55 for this player. He is followed by these players who had the highest number of shots at goal in this tournament:

Which is the best goalkeeper in the English Premier League 2021

Emiliano is known for miraculous saves. He registered 52 saves in this season so far. Also, he contributed to a penalty save. He is a transfer from Arsenal where he was a replacement for Bernd Leno last season. His strengths are saving penalties, shot-stopping abilities, and quick reflexes.

Other important stats about his performance in 2020-21 include 59 saves, 15 high claims, 15 sweeper clearances, and 75 throw-outs.

Who is the best defender for the English Premier League 2021?

English Premier League 2021 is almost halfway. The trends are shaping up and so are emerging the players or defenders who have made their place justified in the teams. Listed here are some of the path-breaking performers who came, saw, and helped their team conquer the turf. 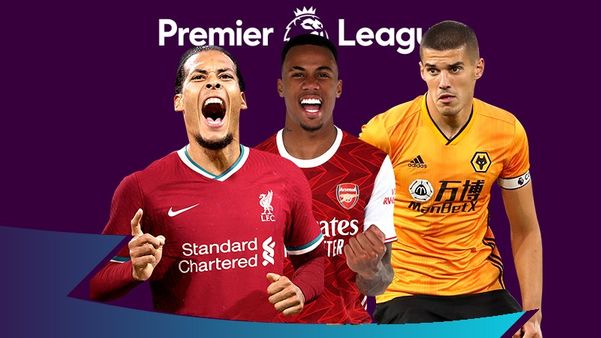 Who has the best assists record in the English Premier League 2021?

English Premier League 2021 has been a dicey place this year due to pandemic and international fixtures. The assists players’ record had been phenomenal and gave some glorified moments to their teams during the match. Some of the top-scoring assists in EPL 2021 have been:

Players who have been the top 6 rankers so far are:

About 556 players are in the English Premier League. Of these, the best players are the real history makers. With the best fitness, technique, form, and passion, they achieve the records and set the benchmarks for others. Though this season is struggling through a pandemic, which has taken a toll on some players’ health too, the atmosphere at turfs is still reverberating with passionate performances. Playing behind closed doors has also been a factor in the footballers’ improved performances.

When you are trying to find the most successful bets, the safe option is to bet on these players or their teams. These will not fail you most of the time!