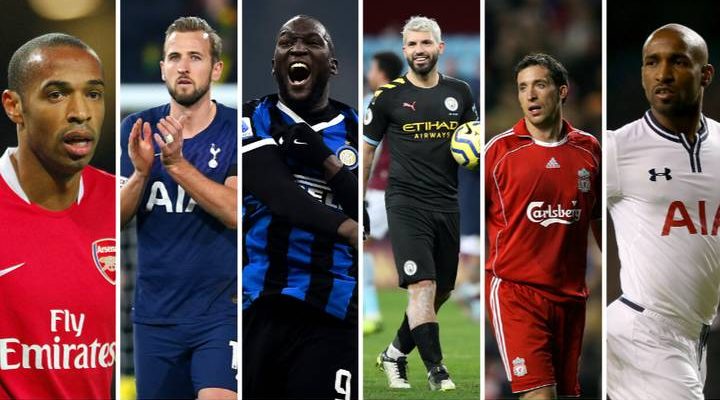 English Premier League is the most prestigious football competition in England. It is at the top of the pyramid of English Football.

Considering the money and fame it offers, the league is a dream place to be for professional footballers in England and other parts of the world too.

The league has witnessed many footballers creating history on the turfs of English football stadiums.

With their style as well as character-rich performances, these footballers have ruled the hearts all over the world.

Let’s know the interesting facts about the top 20 players in English Premier League history and the benchmarks they created for growing aspirants.

Who was awarded the best player in Premier League 20 seasons awards?

He is from Manchester United and had a glorious career worth following. The player appeared in every season of the Premier League and had a goal to his credit in each season.

He has won twelve Championship medals, yet to be matched by others. Interestingly, the very next season he added one more to his kitty and the number rose to 13.

Four more of his teammates from Manchester United were nominated for this title, but he stood out in fair play and conduct which helped him grab this title.

Who are the top 20 goal scorers in Premier League History?

He has 260 goals to his credit. The other players to have scored a high number of goals in this league are:

Who are the top 20 players who scored maximum clean sheets?

Having a clean sheet is a thing of prestige for goalies. They are as crucial match-savers as the players who score a goal.

Which players have made maximum appearances in Premier League’s History?

Here are the players who topped the list of maximum appearances in the Premier League:

He appeared in every season from 1997-98 season onwards. He has played from clubs – Aston Villa, Manchester City, Everton, West Bromwich Albion.

Ryan Giggs was awarded the best player in Premier League Seasons 20 awards. He was the part of 1992-93, the maiden season of Premier League.

He appeared in every season till 2013-2014 season. He always played for Manchester United.

Frank is an English footballer who made his debut in Premier League in the season 1993-94. He appeared in every season till 2014-2015.

He was a part of clubs, such as West Ham Utd, Chelsea, and Manchester City.

Other players that comprised the list of maximum appearances according to all-time stats are:

Who are the top 20 players with maximum saves in English Premier League History?

Shot stopping is a game-changing moment and deserves all the recognition it is given.

Here are the top 20 players who with their saves changed the course of the game:

These saves may not have resulted in a clean sheet, but did contribute to the good performance of a goalkeeper.

It sets the criteria for clubs to buy a goalkeeper with a good save percentage to strengthen their respective teams.

Who has made maximum own goals in Premier League History?

Hitting an own goal is a notorious record to make. English Premier League Matches are high-pressure games and maybe mentally taxing on players sometimes.

Probably out of tension or frustration, when a player puts the ball in their net, it results in an Own Goal.

Here is the list of players who have committed this mistake in Premier League History:

As recorded in the 2010 decade, the number of players who have ever appeared in the English Premier League is 3.835 players.

These players have represented about 113 countries. But, only a handful of those got noticed in both the right and wrong sense.

The top 20 players in the English Premier League History list tell about the players who were the fitting face of this prestigious competition.