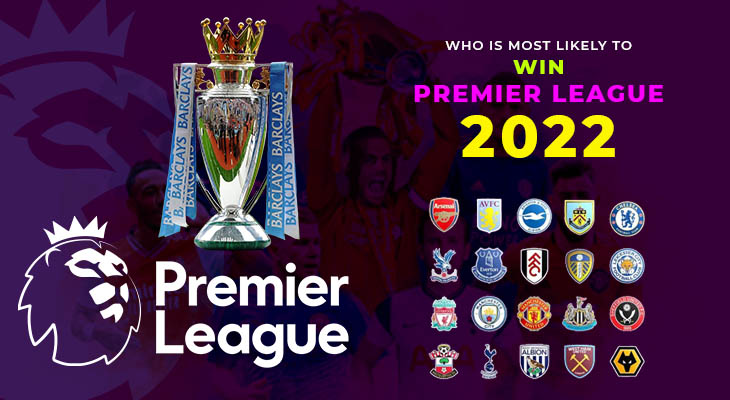 The English Premier League is the league tournament in modern football. It doesn’t matter what your preferences are in the world of football, the reality is that the English football league is the most popular right now, the one that attracts the vast majority of tops talents and the best managers and the one that is constantly new records in terms of ratings, attendance and so on, which is the Premier League goes from strength to strength every season.

And in that regard, there are always expectations about who the next Premier League champion is going to be, but so far this season we seem to have had a very clear answer without much suspense or state of disbelief: Manchester City.

The team led by manager Pep Guardiola is sitting comfortably at the top of the Premier League, nine points above Liverpool and they don’t seem to have any reason to stop, so why is Manchester City the most likely team to win the 2021/22 edition of the English Premier League?

We’ll tell you everything you need to know right now?

When it comes to top football clubs having great squad depth, you can’t do any better than Manchester City’s. This is an argument that has been beaten to death by a lot of football throughout the years on social media, but the reality is right in front of our eyes: Manchester City have the best squad depth in world football and that is going to be a major element as to why they are going to win this Premier League.

One of the reasons why Manchester City have won so many trophies throughout the years is not only the high quality of their players, but also the amount of high quality players that they have at their disposal. In every single position they have a world class player and a world class backup, which allows them to rotate with ease.

We are talking about a side where their record summer signing, Jack Grealish, is a squad player. Now extend this to the other positions and you have a team that can afford to rotate during key periods of the season and come out unscathed, which is something that not even the likes of Chelsea or Liverpool can afford.

This connects with the previous point. While a lot of managers all over world football have installed their ideas and playing style in the best possible manner, the reality is that Pep Guardiola has been granted every single resource to make that happen and he has been able to execute his style with world class players in every single position.

While it’s true that Jurgen Klopp has accomplished a similar feat at Liverpool, the main difference is that Guardiola has been to get the absolute best in every single position and in return he has managed to get the best possible results. This is a manager that can sign whoever he wants and build a team that fully adjusts to his needs as a manager.

This is something that can’t be taken lightly, especially when you consider that Pep has been coaching this side since 2016, further highlighting the degree of experience and knowledge he has obtained in the English Premier League throughout the years. And speaking about that…

Much more experience than the rest.

Pep Guardiola and the core of his team have won the Premier League three times, which is a lot more than the vast majority of his competition in the league and that plays an even bigger role than what perhaps some people might be thinking about.

Well, the answer is quite simple: they know what it takes to win and they know what it takes to get the necessary results. Even when they are not playing well, Manchester City are capable of snatching victory from the jaws of defeat and this in return gives them those necessary victories to push their results a bit further and further until they finally become league champions.

They have been there and they know what it takes to get there once again. And they are showing just that in the season so far, with them climbing the table with ease and staying there for several weeks.

Best defense in the league.

Manchester City, as of this writing, have only received 14 goals in 23 games, thus becoming the best defense in the English Premier League so far this season.

That is ridiculous and shows just above the rest City currently are.

Perhaps they don’t have the look of a strong defensive side, but the reality is that Guardiola’s uber possession-based playing style is meant to get the ball away from the opposition and this results in them receiving a lot less shots, which of course translates to receiving a lot less goals. It is an aspect of Pep’s coaching and tactics that are often ignored, but they play a big role in his success.

The team with the best defense and who are capable of scoring a decent amount of goals are often the winners of any league tournament and this is certainly the case with Manchester City, which is why they have a very strong chance in once again defending their crown as Premier League champions: they have one of the best defensive records in world football right now.

In that regard, Man City might be the most underrated side when it comes to defensive qualities.

Overall, Manchester City is the most likely team to win the 2021/22 English Premier League because they have been the most consistent team in the tournament so far, scoring a very decent amount of goals and at the same time receiving the least goals, which of course has played a big role in their success so far.

Unless something miraculous happens, it’s all set for Man City to become the champions of this season’s edition of the Premier League.

World cup 2022 prediction and Premier League betting sites are numerous but not all serve the purpose as expected. A site which is a cut above the rest knows what it takes to make soccer tipster betting an effortless process. Accordingly, it includes all features that help creating ultimate experience for bettors. A quick tip: Look for the years in business too, it is indicative of the expertise garnered over years.